St Valentines Day is inexplicably enmeshed with modern day expectations of romantic gestures, red roses, chocolates and cards, this however has not always been the case. Here is a quick guide to what our Huntingdonshire forebears would have been doing on St. Valentines day.

We begin way before St. Valentine was even born, with the ancient Roman festival of Lupercalia. This obscure festival (involving the ritual sacrifice of goats and a dog) quite likely predates Rome and could well have been a sacrifice to ensure safety for flocks throughout the year.   By the time the citizens of Godmanchester (known to the Romans as Durovigitum) were celebrating it, it had become linked to fertility, with the priests who had conducted the sacrifices running around with leather thongs hitting women; any woman hit by the priest was considered to have been made fertile. Pope Gelasius I called an end to these pagan goings on in 494 AD, and the festival was re-appropriated into the Feast of the Purification, or Candlemass. 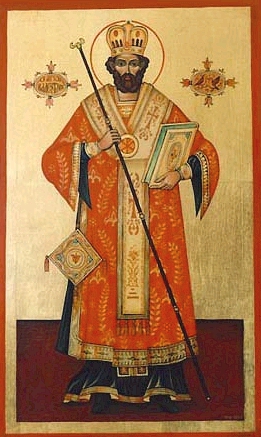 So onto the Saint himself, well possibly themselves, Valentine is an apparently historic figure but is referenced as a Roman priest and the Bishop of Terni, these could both be the same person or alternatively stories of the two men have been conflated into one person. Either way, what we know is that St. Valentine was beheaded in 270 AD at the order of Claudius II Gothicus. This was most likely for either conducting illicit weddings, or simply being a well known Christian during one of the periodic persecutions of Christians which occurred up until the adoption of Christianity by the Roman Empire in 323 AD. As well as being the patron saint of lovers, Valentine also intercedes for beekeepers and epileptics.

“For this was on seynt Volantynys day
Whan euery bryd comyth there to chese his make”. 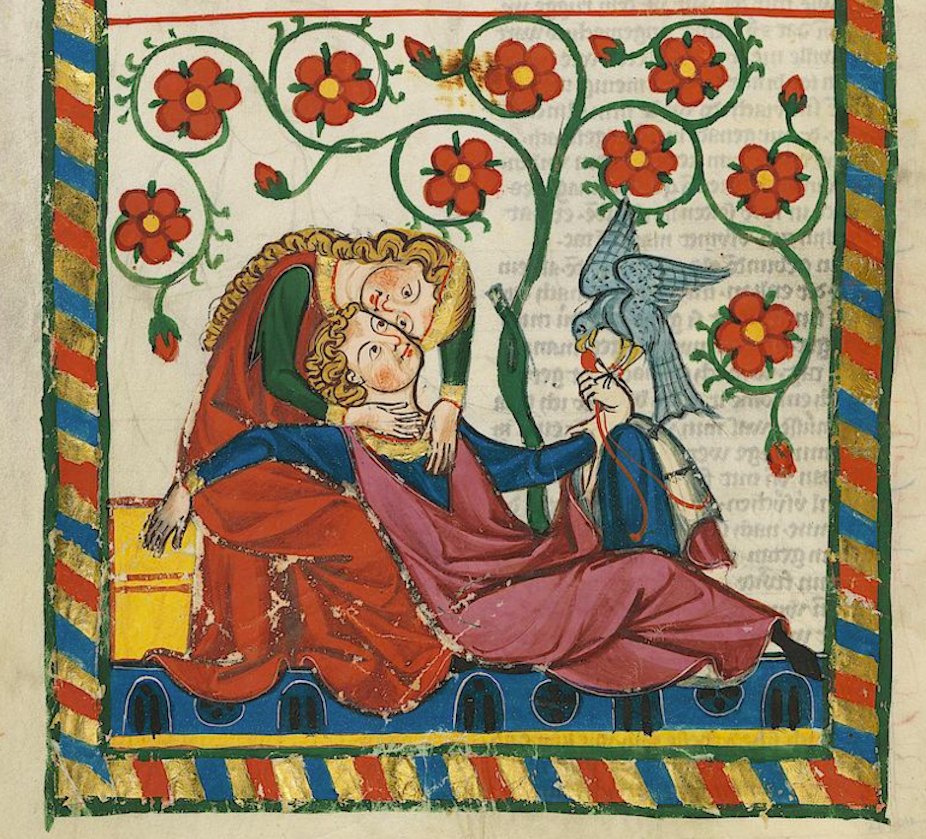 This verse was written in reference to the first anniversary of the engagement of King Richard II and Anne of Bohemia. The treaty which agreed it was signed on the 3rd May, a day in the medieval calendar which celebrated the life of a St. Valentine of Genoa, a bishop who died in 307 AD. This raises some awkward questions as to whether we should actually be celebrating with chocolate and roses on this third St. Valentine’s day instead.

Generally speaking, if authors reference a topic then it can be assumed that there is widespread public knowledge of it (like a poor public transport reference would be today), so Chaucer’s Valentines day was most likely a known day of celebrating love/romance. Some accounts speak of young people drawing names of the opposite sex from a box or bag to be their “valentine”, and its possible that many Huntingdonshire village marriages were started this way; whether these were prearranged is of course another matter.

If we fast forward a few centuries we find another reference to St. Valentines day from Shakespeare’s Hamlet, where Ophelia (somewhat jadedly) says:

“To-morrow is Saint Valentine’s day,
All in the morning betime,
And I a maid at your window,
To be your Valentine.
Then up he rose, and donn’d his clothes,
And dupp’d the chamber-door;
Let in the maid, that out a maid
Never departed more.”

The birth of the Valentine Card

By the seventeenth and eighteenth centuries the Valentine lottery has become somewhat less random, with love poems, sonnets and small gifts being exchanged — although it is hard to imagine the good puritan folk of Huntingdon taking part in such a “Papist” celebration!

A darker side to Valentines day was the sending of malicious or scandalous poems to those who were unmarried or those who were unhappily married. It was around this time that the anonymous valentine became a known occurrence to protect both sender and receiver from any unwanted comeuppance.

With the introduction of the postal system in the early 19th century, mass produced Valentines cards entered the scene, with cards being made from paper and lace by their thousands. In 1835, over 60,000 cards were sent in the post and with the reduction of postage costs (through the introduction of the Penny Black stamp in 1840) this number skyrocketed with over 400,000 cards being sent in 1841; today, around 25,000,000 cards are sent annually in the UK alone. 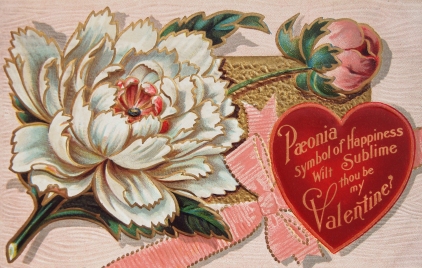 The first Valentine specific chocolate box was made by Cadburys in 1868, and swiftly became a valentine staple, as did the sending of flowers. The Victorians had an elaborate secret language in what flowers were sent and by who. This “floriography” inevitably became attached to valentines day. Many flowers had specific meanings (Daffodils for unrequited love, Violets for faithfulness, etc) and the colour also carried meaning; red roses symbolised passionate love, yellow roses meant friendship and white roses implied purity. Although floriography is now an all but dead language the residual meaning of red roses has remained as an integral part of Valentines day.

The Victorian expectations and traditions of Valentines day still influence how we celebrate today (and will continue to do so for some time), so despite being named for a 3rd century priest (or priests) and falling around the day of a pre-Roman ancient festival, Valentines day really is a mostly 19th century creation. Personally, I’d rather have chocolates than goat sacrifice anyway.

Sources:
“Lupercalia“, Editors of the Encyclopaedia Brittanica, 2019, via: https://www.britannica.com/topic/Lupercalia

“St. Valentines Day”, Editors of the Encyclopaedia Brittanica, 2019, via: https://www.britannica.com/topic/Valentines-Day

“A History of Valentine’s Day”, Michelle Prima, 2005, via: http://www.literary-liaisons.com/article053.html

“Colours of Roses: What do they mean?”, Jacob Olesen, 2019, via: https://www.color-meanings.com/colors-of-roses-what-do-they-mean/

“How Flowers Were Once Used to Deliver Messages”, Shannon O’Connor, 2016, via: https://www.1800flowers.com/blog/flower-facts/meaning-of-victorian-flower-messages/

Matthew Callen is a reader, writer and all round creative type. He can often be found behind a desk planning things for the Huntingdonshire History Festival or else in the Cambridgeshire countryside walking, cycling and swimming in rivers.

Welcome to the Huntingdonshire History Festival site. Following the success of the first festival in 2018 we will be returning as an annual event in July this year, exploring the fascinating local history of the county of Huntingdonshire. We have some exciting plans for this years festival, so look out for details on our free public events throughout July and throughout the area! View all posts by huntshistoryfest

Tickets for all ticketed events are available here